Listen to the full podcast here:

Few things I discussed during the podcast:

I just kind of put my foot forward and said let me just do the best I can, one step at a time.

At the same time that I was learning online marketing, I also started my Youtube channel.

I just learned one topic at a time and I put up one video at a time.

So that’s basically how I got started – just one step at a time.

So even if you really don’t know anything (which BTW isn’t true at all because everyone is good at something, they might just not know it yet), you shouldn’t have to feel overwhelmed that you have to create 400 videos in one day.

Just take it one step at a time, learn a little bit of information about something that you like and then make a video on it.

At least that’s what I did.

It actually did take some time to start seeing results.

At first when I first started, I was getting just tens of views on my videos. So definitely not the millions that you see some people have.

Over time as people got to know me, people liked my style and my personality. The audience grew and I started getting more and more views.

Just remember that you cannot get less than zero views, so if you put a video up there the least you can get is zero views.

There’s NO downside of putting up a video.

It’s about putting that foot forward, doing the best you can, and even if you get a few views, that’s already good and an amazing first step.

Eminem said something along the lines of: “do you have any haters? good. That means you’re you’re doing well”.

You will get haters and there’s simply just no way around it so that’s that’s totally fine if you do. Usually just means that people are jealous or are your competitors. So just ignore them and keep doing your thing.

If you want to look at the earliest earliest signs of success, it was views. Just getting one view was a lot!

To me that was success. That meant that one person in the world has seen my content that I created. Then you get a comment which means “wow, people are interacting and they found the video interesting enough to leave a comment.”

Then a subscriber, so these are kind of the early signs of success I’d say.

I began promoting affiliate offers, mostly from Clickbank, all the while I was working 9 to 5 in a bank. I would add my affiliate link in the description of that video and people would just click on it and sometimes I would make a commission.

6 months later, I was able to quit my job at the bank and the rest is history.

ClickMagick: How to Track Email Sales (How to...

ConversionFly or ClickMagick For Tracking?

How to Add Transparency and Hover Effects (Using... 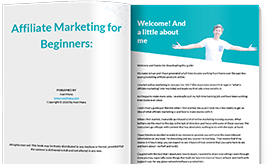 Where do you want to start?

Get the complete proven system and make $3500+ a week 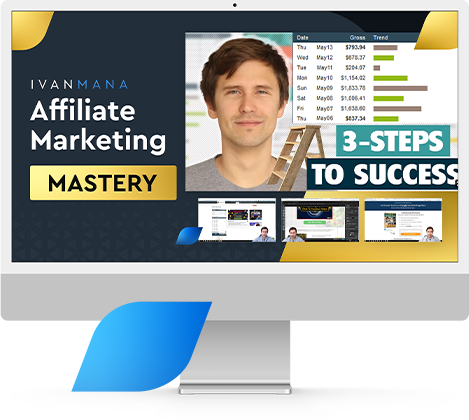